The building codes and the world of home inspections are constantly changing.  With the exception of the City of Palmer, there are no “government mandated” residential housing codes in the Mat-Su Borough.  However, Alaska Housing Finance Corporation (AHFC) and most local lenders have adopted the enforcement of the International Residential Code (IRC) as a prerequisite for financing.

On February 24, 2016, the Alaska Housing Finance Corporation passed Resolution 16-05.  This resolution adopts amendments to the minimum construction standards per 15 AAC 150.035 from 2009 IRC to 2012 IRC with Alaska-specific amendments.  As a consequence, all houses whose foundations were started after April 1, 2016, will be required to comply with the IRC 2012.

The State of Alaska Adopts the NEC 2014

As of March 25, 2016, the Alaska Housing Finance Corporation (AHFC) closed the waitlist to new participants in the Home Energy Rebate Program.  It is unclear whether the program will be reinstated should additional state funding become available. 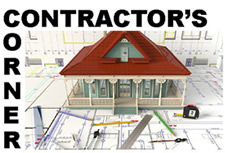